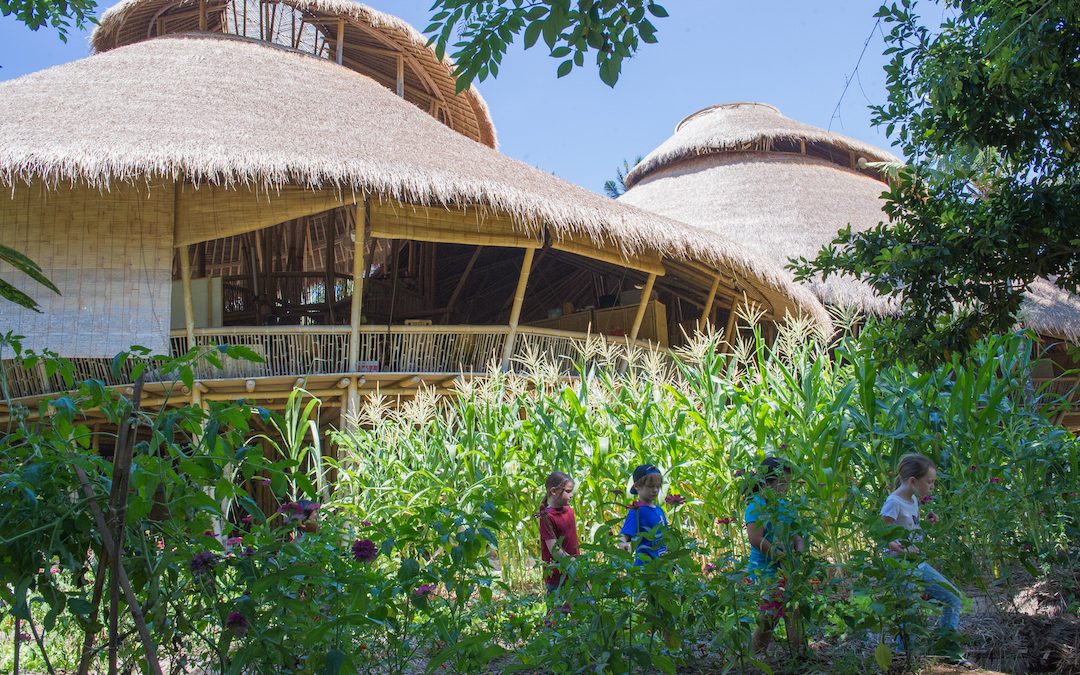 Documenting the Green School dream a decade on

So how does one of the most-filmed school campuses document ten jam-packed years of growth, evolution, and impact?

By keeping it real.

Green School Bali is no stranger to media visits and has numerous production companies who want to come visit the Indiana-Jones like campus and report on the Green School story. However, for this project, the school felt it was important to distill the narrative in a more personalised and authentic way. By documenting and capturing the journey through the eyes of community members and dusting off some of the school’s archive footage, we sought to capture the real story.

Green School’s Community Relations team kicked off the project together with a small production crew led by Indonesian-videographer Adrian Tan. The documentary showcases some archive footage of the original building of the school and is interspersed with newly captured footage including the rare featuring of the King of Sibang Kaja, the leader of the local village that Green School resides in.

“The purpose of the Green School 10 documentary was to tell a story from all the perspectives at Green School. We often hear Green School stories through the lens of journalists, or communications experts. The 10 year anniversary video is not meant to be a marketing tool, but to tell the Green School story through the eyes of parents, students, founders and the local community – showcasing the ups and downs, feeling the vibe of uncertainty as a start-up, Green School’s maturing state, and its inspiring and overwhelming growth.”

What started as a dream of John and Cynthia Hardy for a better school for their children, has transformed over the last decade into something that has touched the lives of thousands and thousands children, families and teachers from around the world.

More articles and videos about Green School history and journey:

Founders Note From Green School Dream to School of the Future