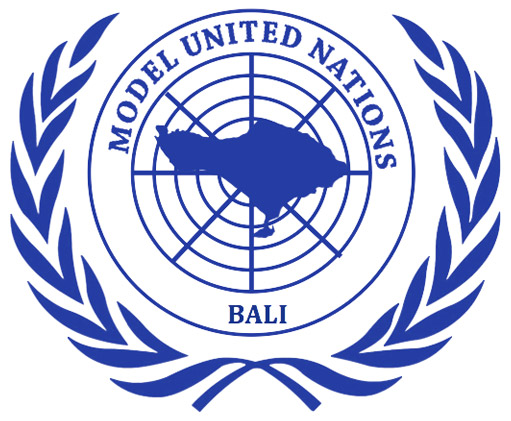 The MUN – a brilliant training in international diplomacy

In MUN, delegates are expected to represent their assigned countries, which means defending the choices they’ve made, and justifying a position that they may not necessarily agree with. Delegates must make every decision in the best interest of their represented country, keeping in mind allies, history, leadership, government, people, and everything else that comes with having the weight of a country on one’s shoulders.

Bali Model United Nations was started by teachers on island three years ago, as a sort of training process to prepare students for conferences on an international scale. This year, it was Green School’s turn to host the event! Months of preparation went into the lead up of November 13, 14 and 15, so that nearly 100 one hundred dedicated students from around the island could come together in order to discuss, debate, and resolve the serious and prevalent issues plaguing our world today.

Day one of the conference was held at Green School, which started with an opening ceremony featuring speakers John Stewart, Secretary General Becca Stine, and Renee Martyna (a Green School Parent). After lobbying had ensued, a beautiful buffet was provided by Ibu Kadek, Green School’s food director. Resolutions were drafted between two General Assemblies on issues such as ‘mainstreaming a gender perspective into policies and programs in the UN system’, and ‘the question of discrimination against ethnic and/or religious minorities in view of socioeconomic growth’.

Day two and three were held at The Mansion in Ubud. Through the course of debate, students who had initially felt timid or nervous blossomed into accomplished representatives and confident speakers. Following closing speeches, awards like ‘Most Improved,’ and ‘Most Likely to Start WW3’ were presented by Deputy Secretary Generals Kyla and Clover. By the end, both advisers and students were exhausted (and keen to return to using personal pronouns, rather than referring to themselves as ‘the delegate of…)

All in all, everyone took something from Model UN, whether it be increased confidence, a strengthened global perspective, or simply a few new friends. In April Green School students will be connecting with others (and gorging on miso soup) when they attend the TAIMUN conference in Taiwan.