For The Love Of Worms 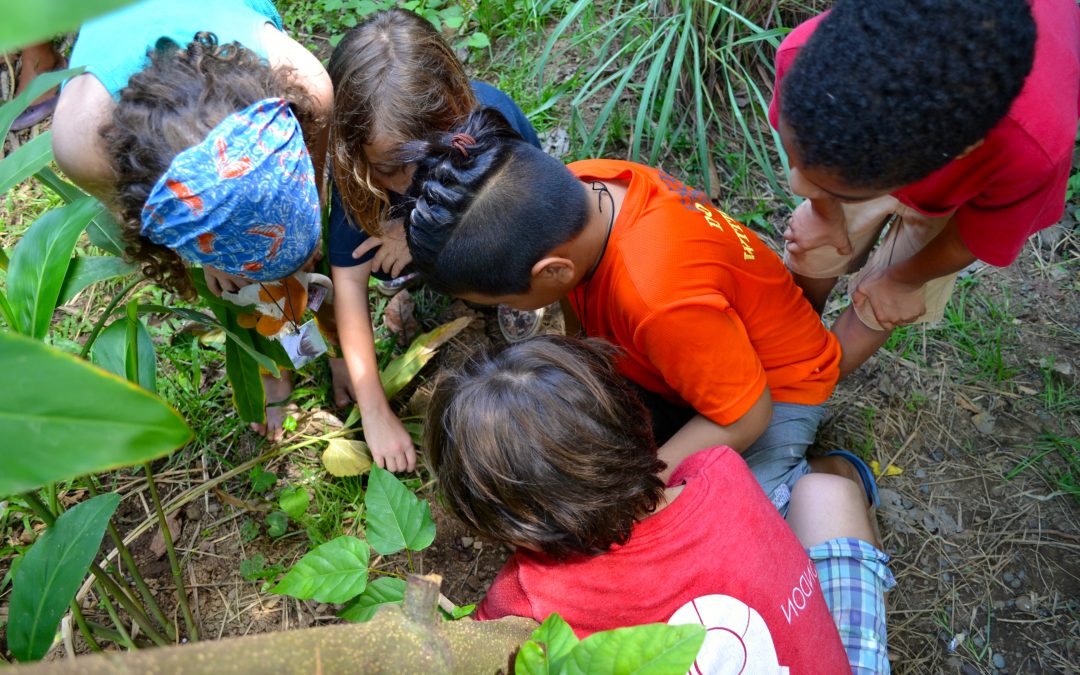 WORMS: small, seemingly insignificant creatures one may presume. Not so for Rosina, the grandmother of a child here at Green School, whose love for worms has led to the creation of four worm farms with 60 children from grade 1 and 2.
And not so for the grade 1 and 2 children, who have been infected with Rosina passion. Together, a worm farm has been built, a depth of knowledge regarding these creatures has been shared, and an entrepreneurial opportunity for the grades has taken root.

Grade 2 and Rosina gathered around the worm farm

Over the past month, the children and Rosina have carefully tendered to a worm farm. Constructed out of an old metal barrel drum, the children have layered it with compost, newspaper, heshian bags, sand, food scraps from the school’s kitchen and most importantly, a cup filled with the recycling superpowers: the humble worms.

The worms being introduced into their new home

Together, the grades have learnt how their giving of food scraps for the worms to eat will result in the worms giving back to them. What Rosina refers to as “black gold” and “yellow gold” – forms of rich, organic fertiliser, will in turn be used by the students to give back to their school: either to fertilise the school’s garden or to be sold at the local shop. On top, the worms themselves (once substantiated), can be used in the Green school’s aquaponics, be fed to the Bali Starling or sold for fishing purposes.

Yet this project does not stop here. Grade 1 and 2 are quick to share the pieces of information and quirky facts that they have learnt along the way, their enthusiasm fuelled by Rosina’s storytelling, book reading, and general love for these creatures.

The children returning a stray earth worm back to the soil 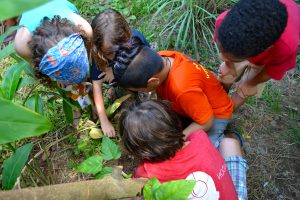 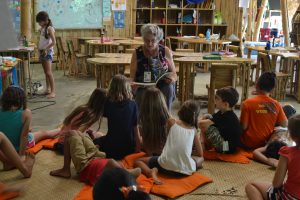 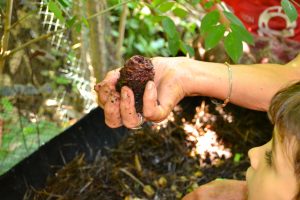 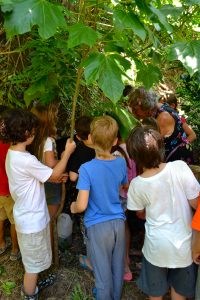