Cricket Brownies and Education for Sustainability 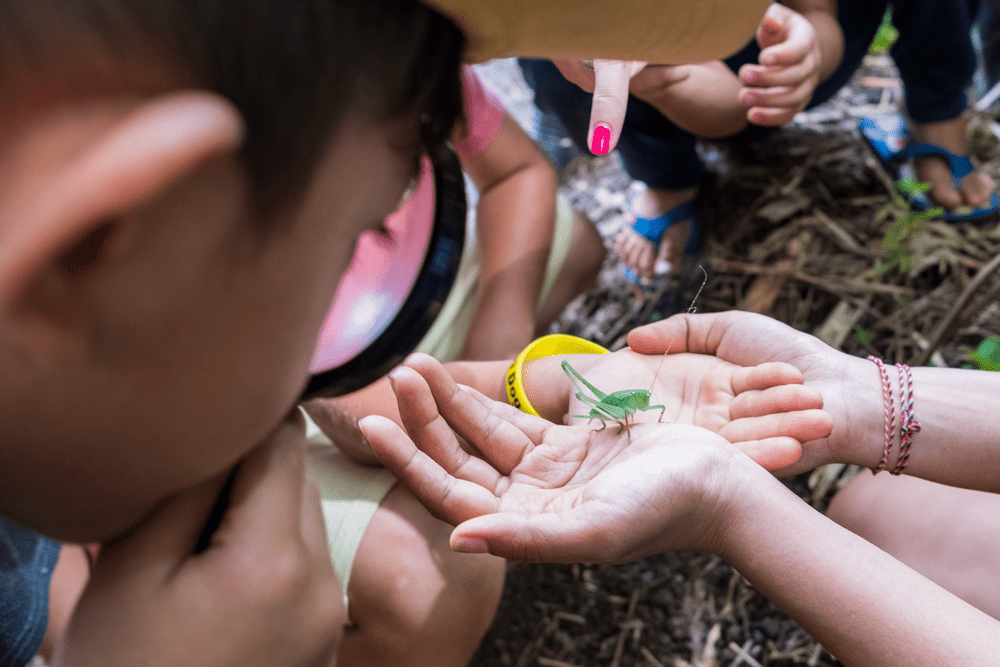 At Green School Bali, bugs are a part of daily life. We learn about them, interact with them and yes, sometimes eat them!

“I’ll have a cricket brownie and cricket crepe.”

“OK! Would you like butter and honey with the cricket crepe?”

“Yes please and I will also have a cricket cookie too!”

This is NOT a typical conversation in Middle School unless you happened to be at the Green Warung at Green School in Bali during their first term in October.

During Term One, Eighth Grade students at Green School studied sustainable food article as part of their science class with Pak Kenny. It’s the perfect age for students to tackle global issues and investigate complex topics such as sustainable food for the future. As teens in their last year of Middle School, they have built a solid foundation in science and have a natural and innate curiosity for controversial and potentially off-putting ideas (like eating crickets).

While they learned the science of crickets (anatomy, classification, food webs and ecology) they also investigated the possibility of entomophagy (eating insects) as a sustainable alternative to other protein sources such as beef and chicken.

During their lessons and activities, they discussed the impacts of factory farming on cows and chickens – such as the use of antibiotics to prevent rapid disease spread in spaces where animals are packed so closely together, or hormones to speed-up animal growth.  This discussion included a distance learning online session with a viewing of The Meatrix and The Meatrix II. 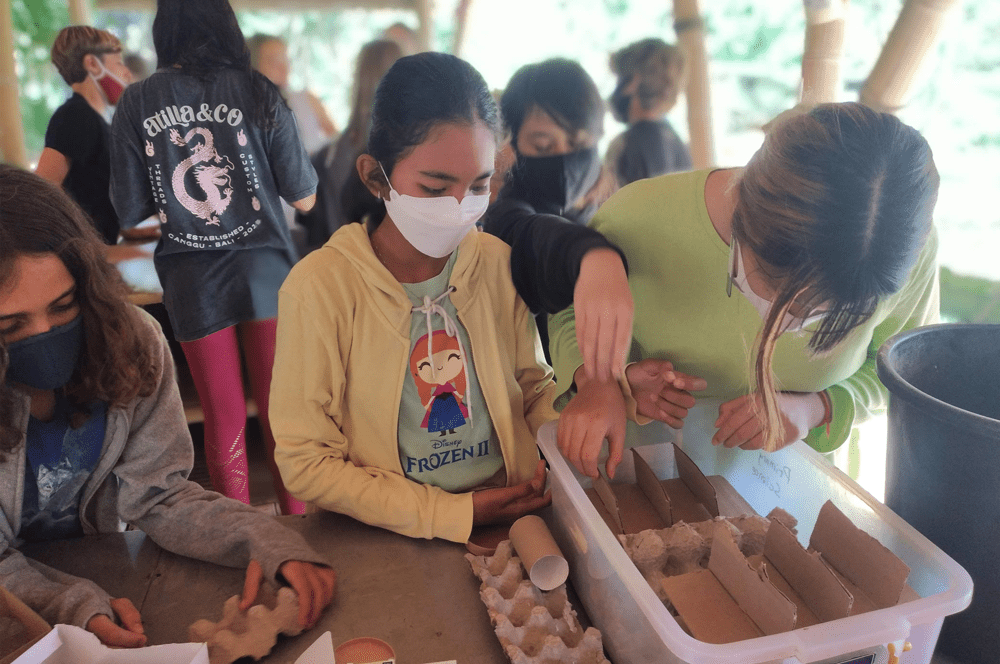 Students also researched the amount of water and feed needed to produce a kilogram of beef as well as environmental impacts of animal waste on local streams and waterways.

To help focus their ideas and thoughts, students brainstormed the impacts of cricket production and consumption using the Compass Model for Sustainability Education and noted how raising and eating crickets might impact Nature, Economy, Society and Wellbeing.

During their analysis, students identified one issue that became a HOT discussion point: Was Society actually ready to eat insects or crickets?

Or, would they need to do a bit of marketing to re-brand crickets, much like we do with beef? The logic was that people don’t go into a restaurant and order a leg of “cow.” Instead, they order a burger, a steak or a beef dish. The simple act of calling it by another name impacts the psychology of the consumer and makes it more palatable to eat beef versus eating a leg of a cow.

It was a fun debate which also led to discussions about vegetarianism, veganism and even Meatless Mondays that some schools implement. As part of those discussions students learned the impact of food choice on the environment and how some diets are eco-friendlier and more sustainable than others.

Their final project was to design a cricket habitat, raise crickets, and for the Grand Finale students would cook and eat crickets in a recipe they had researched. Unless, of course, they were vegetarians or vegans in which case they would never be forced into entomophagy!

The students sourced cricket flour from a local business which could be used to make cakes, cookies, brownies, crepes and other types of bread or desserts. The cricket flour was high in protein and nutritious. Although, the class did learn that anyone with seafood allergies shouldn’t eat crickets. They reasoned that this is because crickets are arthropods and their exoskeletons are composed of chitin just like the shells of seafood like shrimp and crabs.

On the last day of the term they conducted a blind taste test with a few visiting parents and some of the Green School teachers. The final result? 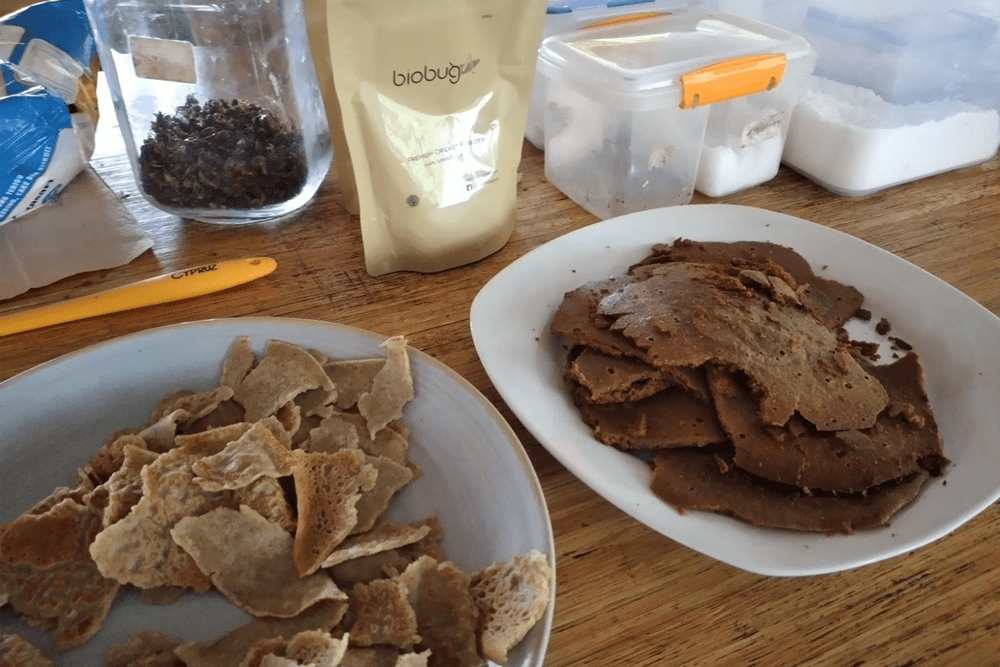 It was a fun day! A HUGE success and plenty of learning about entomology, ethical farming, the environmental impact of food choices as well as real world skills of raising and caring for crickets and ultimately preparing and eating our own food source!

So, if the idea of eating crickets doesn’t BUG you then JUMP right in and give it a try!