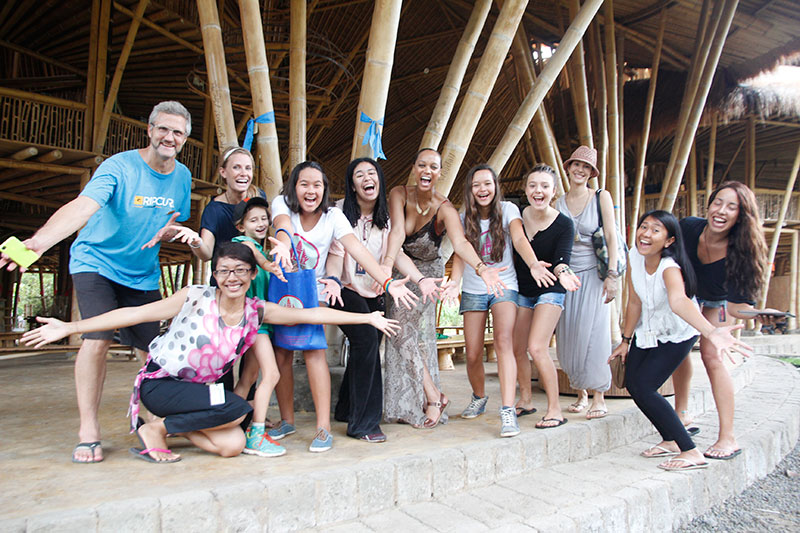 I’ve been watching America’s Next Top Model since I was a little girl. To me it was amazing, electrifying and intriguing. But my absolute favourite part of each show were the parts which featured Tyra Banks.

I also remember watching some of the annual Victoria’s Secret fashion shows with her featured in them. Every time she appeared on the screen, she was dominant, commanding, beautiful and charismatic. I thought she was awesome. I thought she was the Queen of theGlamazons.

So when I was told that I’d get to tour the school with Tyra, I was super excited.

When I initially saw Tyra, I thought I was dreaming. My fan-girling was spilling over into
my normal demeanor, while my inner child was repeatedly gasping. I couldn’t believe it. She was actually there.

Thankfully, I wasn’t the only one mentally pulling myself together in the middle of my star struck moment. Everyone was gasping and geeking out as they were pulling out their cameras. You could hear random camera flicks and gasping and witness camera flashes as she arrived.

During the notably female-dominant tour, everyone wanted to stand next to her and ask her every question that flew across our minds. We all spoke, we all chatted and we all laughed with her.

At one point, she spoke about her modeling career in Paris and her venture into television production with her show. It was inspiring to hear her story. Tyra really worked her bum off to be the woman she is today.

Tyra was sweet and friendly and mellow and laid-back and also pretty funny at times. Every time one of us had to leave, she always hugged us goodbye.

As she answered my questions, I could feel my eyes glimmer like those of an anime character. At some point during the tour, we stopped by the classroom where the Kul-Kul connection holds its afterschool English classes. One of my friends was teaching in the classroom. I waved at her and she waved back. Tyra also waved at her. As my friend waved back, you could see the same “sparkle” I could feel in my eyes earlier.

At the end of the tour, Tyra had a mini “editorial” with the remains of the tour (including myself). It was awesome.

As she left, I still felt as if it was an unbelievable dream. In fact, I’m still figuring out the realism of the experience as I’m writing this article and it might just continue as you read this sentence.