So much has changed in our world since the early 20th century. But why is education stagnating? New research into how the brain works and how people learn, points towards a much-needed overhaul in our education systems; towards a “Sane New World.” But what’s stopping us? Chris Edwards, CEO Green School New Zealand and Head of Curriculum, Green School International, shares his reflections.

After the crash of 2008 there were many articles, scholarly and sensational, telling us the world would never be the same again. Lessons had to be learnt. Banks reigned in. There would be a new beginning where the greed of the few could never damage and even destroy the lives of the many. This is it, people said. Just you wait. It’s a new dawn.

And now we have another wake up call: a pandemic that is being described both in apocalyptic terms with the angry earth personified as of old (“mother nature’s final warning”, “Gaia’s revenge” etc), and also as the most mishandled and grossly exaggerated crisis in history. Wherever one is on the spectrum, loved ones are being lost around the world and livelihoods have taken a mighty battering. There is talk again of “everything” being about to change. Just like 2008.

Of course “everything” should not change: but education absolutely should. I suspect it won’t. Too much is already invested in the whole outmoded shebang, and in some countries implementing the ideas below (all have been around for some time) would be less like turning an oil tanker around than pinning a medal on a shadow. But I’ve always liked Atticus Finch’s definition of courage in Harper Lee’s, To Kill a Mockingbird: “It’s when you know you’re licked before you begin, but you begin anyway and see it through no matter what.” And maybe, just maybe, we can see it through. Here goes.

The word “kindergarten” originated in the 1840s from the ideologies of German educator Friedrich Froebel and literally translates to “children garden”. The clue, as they say, is in the name. 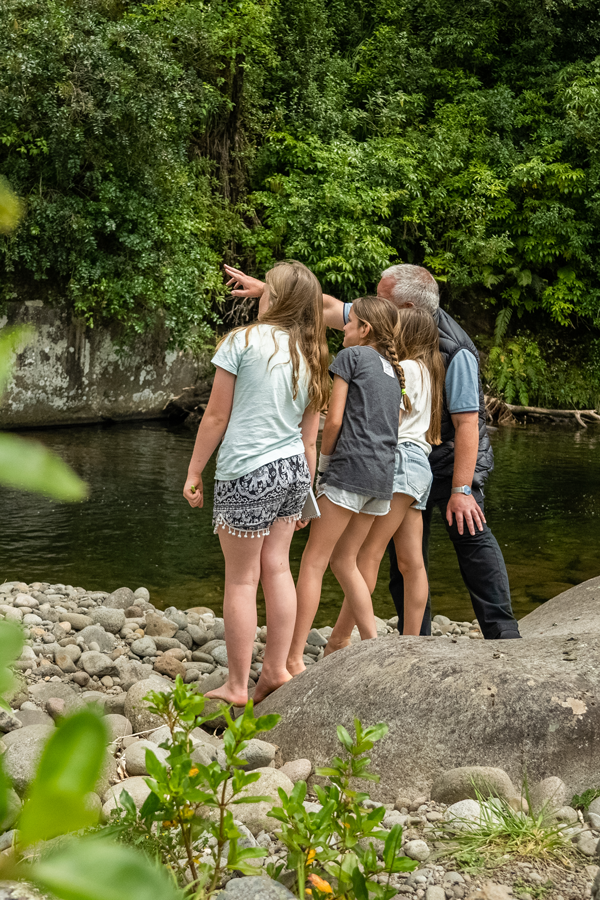 Students at the river running through Green School New Zealand

Rousseau would have approved. Since then, our “conquest of nature” narrative has swept almost everything before it, and despite a few worthy subplots emerging now and then, the perverse outcome is of humans serving their cities, screens and, where wealth allows, their immediate and frothy gratification.

We are the same species that dwelt in caves on on the dangerous plains just a few thousands years ago, and over the past 20,000 years, the average volume of the human male brain has actually decreased from 1,500 cubic centimeters to 1,350 cc (that’s a whole tennis ball gone), and maybe that explains why so many of our education systems continue to pour water over rocks. The research is clear and has been for a long time. Our speck of time on this beautiful, fragile planet is best served by an education (and way of living) which not only respects the earth’s finite resources but also acknowledges how our disownment of and dislocation from nature has damaged us.

You see, I would argue that many children – even those that live in mansions – are homeless. A thousand sources could be shared now but here, with links, is a single sentence from Tonia Gray Associate Professor at the Centre for Educational Research, Western Sydney University:

We knew all this long ago, so at Green School we talk about “regeneration”, acknowledging our debt to the past. We are outdoors whenever we can be, growing, tending, collecting, listening. 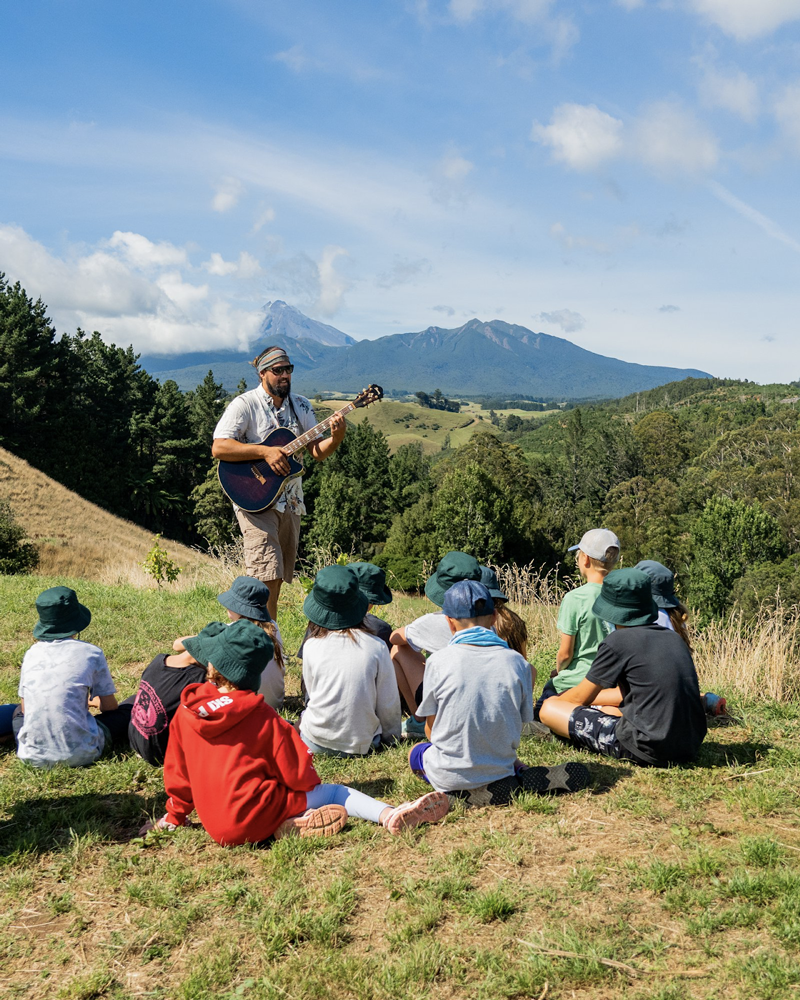 Learning in nature at the foothills of Mt Taranaki

Only English, Maths and the Maori language are taught discretely (and outdoors whenever possible): other “subjects” exist purposefully and interwoven inside themed, ten week learning journeys that have real world application and encompass scientific method, the numinous and all stations in between. Whereas I had to rote learn all the names of England’s kings and queens in chronological sequence (honestly, it’s not even a good pub trick), we would ask that all our learners – from around the globe – understand the carbon cycle. Oh, and there are no tests.

So, let us then acknowledge that the stress-drenched, antediluvian examination systems that wreak havoc with so many of our young, their teachers and schools, should be consigned to history. This does not mean jettisoning diligence, application, mastery or even true scholarship as reactionaries would have it. Nor does it mean reading, writing and maths become nice to haves. (Though some believe that time is coming and closer than we think). But it does mean abandoning the lockstep classroom and using emerging passions and interests as portals to exploration. That way, the learning is more likely to be infused with joy and will make the journey as significant as the vapid and fictional endpoints touted by so many systems.

If you walked into a shoe shop with size eight feet and discovered the shoe shop only sold size five shoes, you’d be more than disappointed. But many of our education systems only sell size five. Good for you if you happen to fit this leaky old slipper, and tough luck if you don’t. There should be no Cinderella children lauding it over their ugly sisters. All children have gifts: let us create environments that allow those gifts to emerge and flourish.

How interesting that in my home county, the UK, there are no school examinations this year because of lockdown. People who know the pupils best – their teachers – are producing transcripts without examination scores (though, admittedly, they still have “predicted grades”). How wonderful if in future we took this process further and produced holistic transcripts for all young learners, telling the story of passions in and out the classroom, of unique journeys taken, of accomplishments in multiple and cross-disciplinary areas, not just the traditional discrete subjects. Yes, it would require a radical change at the receiving Tertiary institutions (assuming for the moment they will continue in current form), but Bali’s Green School Diploma has already won over some of the most distinguished universities, and Green School New Zealand will follow. And consider the work of the Mastery Transcript Consortium. Our armies are gathering.

We should put at the heart of our learning, the United Nations Sustainability Goals. 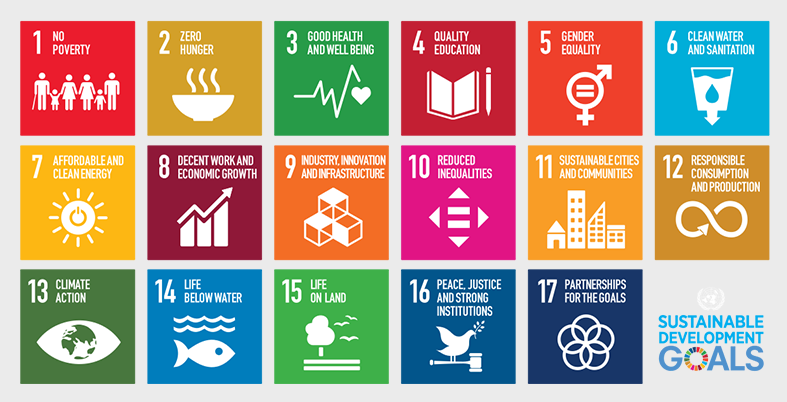 In exploring each goal at age appropriate levels and discovering not just where we are now but how we came to be in this position, you can be duly fired up by all the Maths, Social Sciences, History, Art, Psychology etc. you could ever possibly need. The learning pathways could take you to Sanskrit and Ancient Greek for that matter. But, wherever the individual journey led, you would become connected with the world as it is. You would better understand why headlines like “The world is in lockdown” rings hollow when you are homeless (as millions are), or why “social distancing” assumes you are not in a Mumbai slum, a city with 77,000 people per square mile.

And as you learn through the UNSG’S, you will surely start to ask questions such as why is air pollution – something we can control and, unlike Covid-19, kills millions each year – not afforded the same or greater respect and response as this wretched virus? The answers to that question are obvious to all but the most naive, but that doesn’t make those answers any less cynical or fatuous. (And we should learn that middle class self flagellation is all well and good for people who have the platforms, time and money, but much of the world’s population is trying to get by meal by meal and couldn’t give a smashed avocado for the hand-wringing pre-occupations of the weeping rich).

Whenever I speak on these matters, I tell my audience how lucky I was to have enjoyed the education I received. I then say “What got me here won’t get them (today’s young people) there”.That is not ingratitude, nor is it just a recognition that technology has changed things. It is a plea for a values-based, relational, experiential, action-oriented education that helps us rediscover and redefine the new “there”. “There” is actually a continuum: it is discovering and redefining what happiness, success and respect should look and feel like on a planet that will soon disown us.

I see I’ve just personified the earth. No bad thing. I’m all for scientific method but there’s still a place for Papatūānuku, Mat Zemlya, Prithvi, Demeter, Pachamama, Ceres, Houtu, Umay, Jörð or the Spider Grandmother in our imaginations. They remind us what this world meant to our ancestors. And they will be lost if we continue to career from guardrail to guardrail on the drab road of short-termism until we hit the inevitable brick wall at its end.

It doesn’t have to be like this. There are wonderful teachers in this world who are compelled to feed the system with their young people. The system is broken. It should be dismantled at once and rebuilt. That way there is hope. That way we can still thrive with purpose. 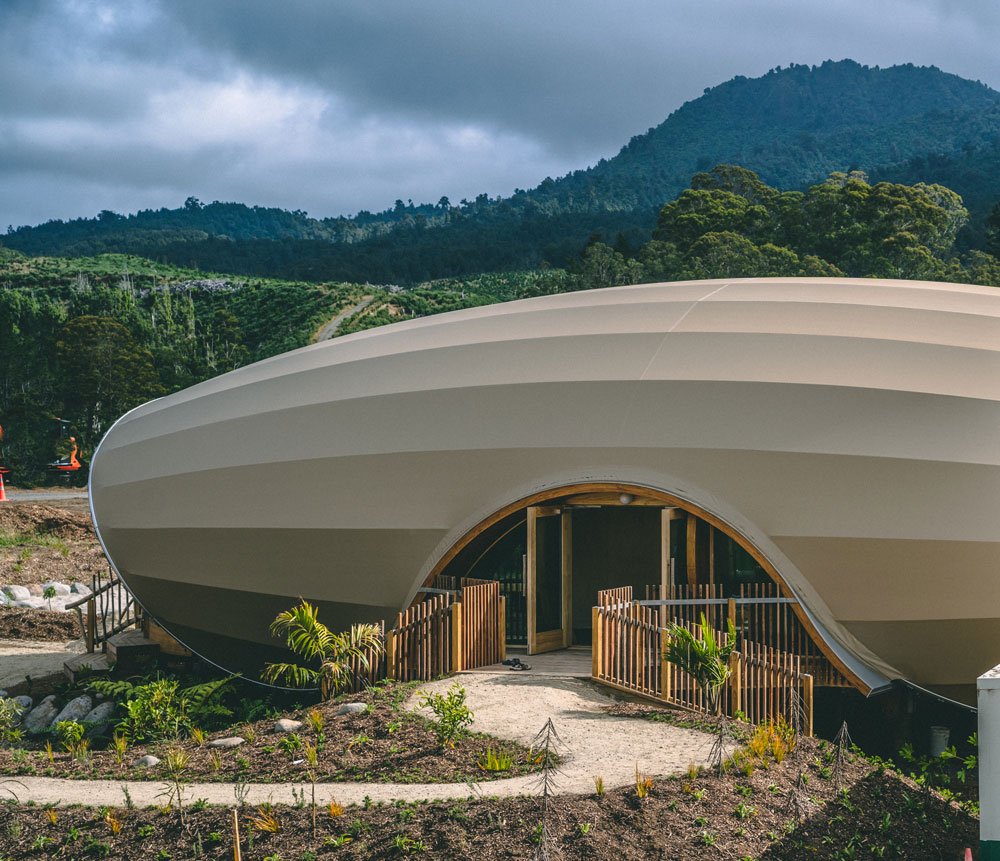