Green School Bali’s giant hydro-turbine, known as ‘the vortex’, was quietly launched in a low-key ceremony in early 2019 with Green School’s co-founder John Hardy in attendance, and members of the Vortex project team.

There has been pragmatic and cautious optimism in sharing the news globally of the vortex – not from lack of pride or success so far in this latest iteration of the project –  but primarily due to a previous history of bad luck when trying to harness the energy of the powerful Ayung River with little impact to the environment. Some of the bad luck came from nature itself with the last hydro-turbine being destroyed by a flood in 2016.

Former Green School Board Member and Green School Parent, Tony Vovers initiated the project to reactivate the Vortex, establishing a partnership with Turbulent Belgium who helped create the second prototype of a design that would learn from previous issues (such as flooding etc). 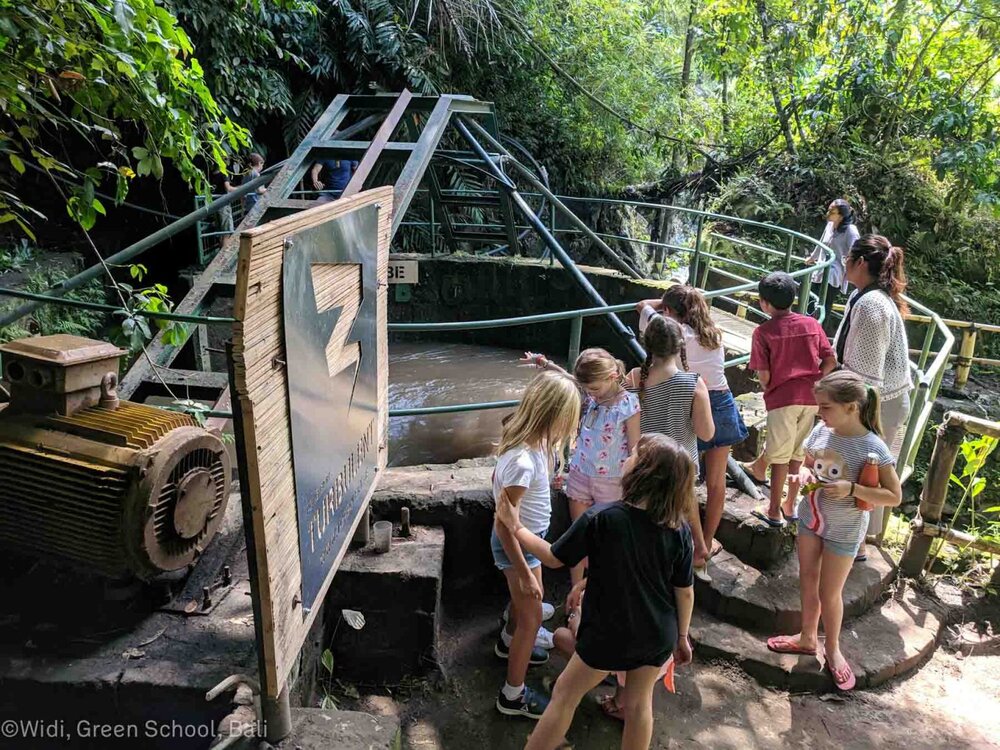 “I am very proud to have been part of this renewable energy project and successfully brought the Vortex to life together with improving the solar panels. I believe that in the hands of the wise, nature can be very powerful to nourishing the lives of a community. I hope there will be more renewable energy projects happening around Indonesia.”

Green School Bali celebrate this historical milestone with much gratitude to all those involved over the years and is taking our goal to become 100% renewable into 2020. Next steps are to further engage students in learning more from the project including reading the data from the Vortex and Solar panels in the Energy Hub Centre. We are also working to give back into the grid of the local community of Sibang Kaja.