The Cousteau family legacy of environmental conservation began with Alexandra’s grandfather Jacques-Yves Cousteau-a former naval officer, explorer, filmmaker and photographer of the sea and all forms of life under water. Through his work, Jacques Yves Cousteau sought to capture the abundance of the oceans he traversed. However, it was not until Alexandra’s father, Philippe-Pierre Cousteau, came of age and introduced the conservation ethics into Jacques-Yves’ works, as the decline of ocean abundance became prominent.

‘It was my father’s role in this conservational journey to become the voice of reason, the voice of developing the conservation ethic that he could carry forward. And that was the beginning of the Cousteau society.’

Growing up, Alexandra Cousteau’s grandfather and father were significant figures in her life. Alexandra learnt to swim before she could walk and scuba diving at the age of seven, which opened her eyes to the world under water. It instilled in her the same love for the ocean that had driven her father and grandfather before her and inspired her to become an environmental activist and filmmaker. But her life changed when she had her first child and she worried about the kind of world her children would inherit.

She visited Green School Bali in 2020, as an Activist in Residence, along with her kids who studied here. This was a heartening experience for her, to see students with such a deep sense of connection and compassion for nature and the environment around them.

‘Having had the chance to be here and experience the Green School community, seeing the changes it has made in our children, I know my husband and I are just filled with gratitude for the opportunity to be here.’ 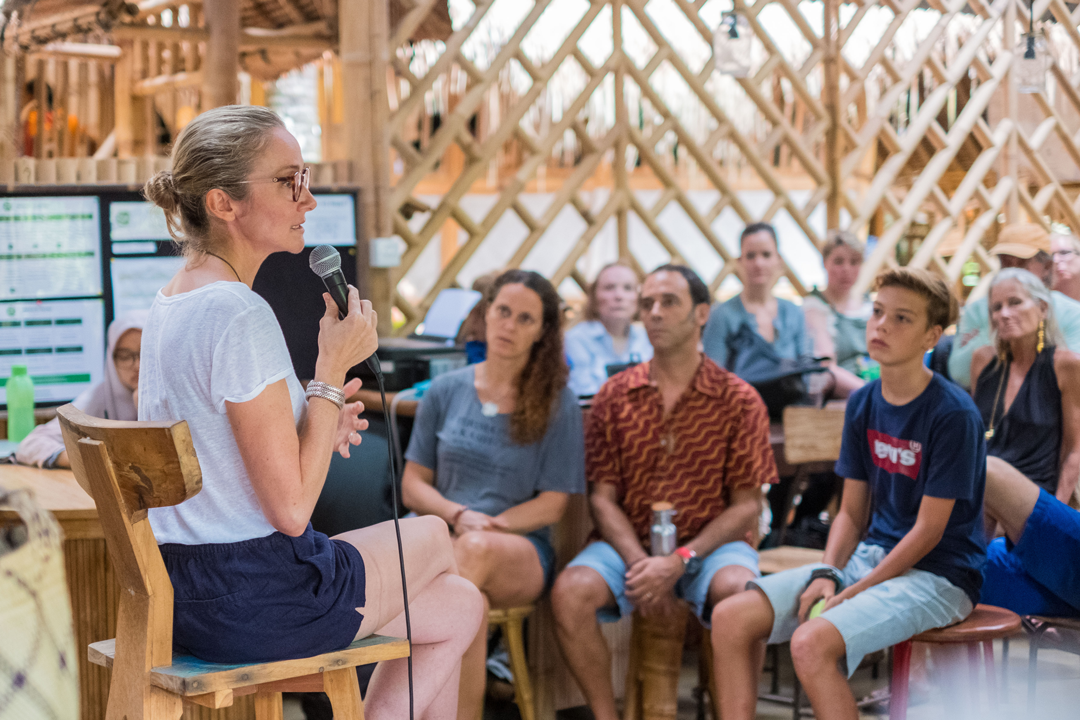 Alexandra’s own childhood experiences of growing alongside nature mean that she has a special appreciation for Green School’s philosophy of education. Reflecting on the importance of raising children to become future change-makers, Alexandra says that early intervention in children’s life is crucial as it gives them a sense of possibility at a young age. Through the Green School way of learning, students are not limited to the wall-less bamboo classrooms, but further their knowledge by exploring the physical world outside of their perimeters. As Alexandra’s husband puts it

But Alexandra says her experiences have taught her that conserving and sustaining what we have is not good enough anymore. As a global community, we have to articulate a different future and create a pathway to get to a place where our actions and values are aligned.

‘At least here in Green School we are trying to architect a new way of living.’ 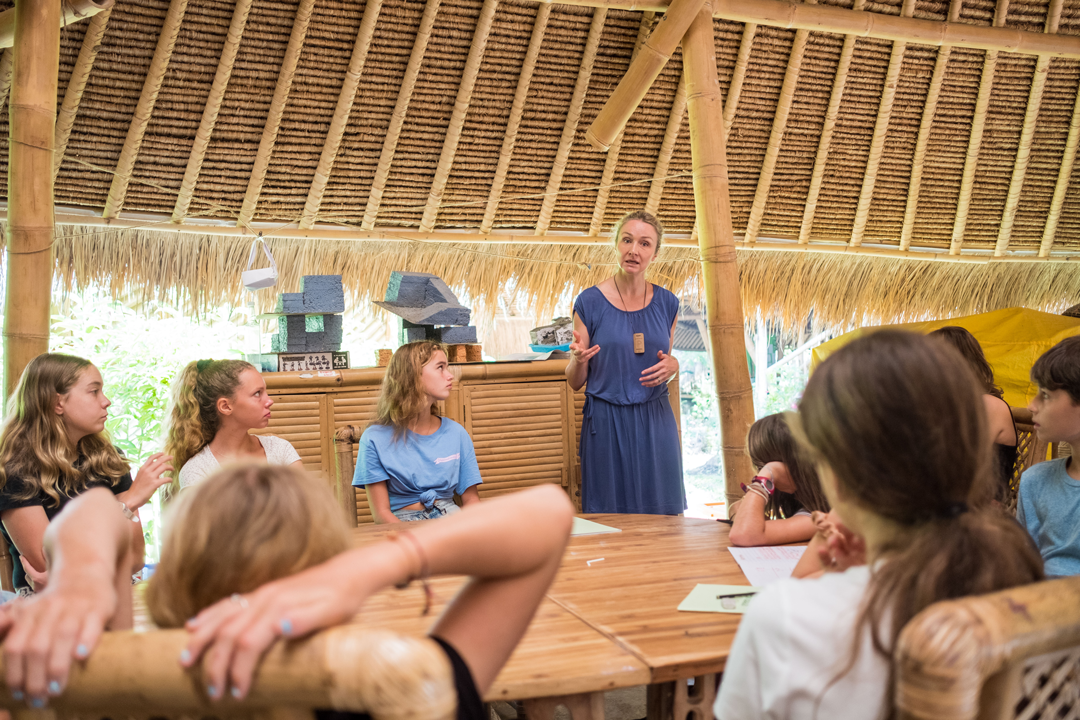 In encouraging students to think about global issues, Green School Bali also strives to drive an education revolution, seeking to redefine what a school is and does as a driver of change.

‘I think that this generation today has both a huge responsibility and a huge amount of luck. Theirs is the last generation to have the opportunity to do what needs to be done in the next 10 years and to turn this ship around. We have 10 years – this is both good news and bad news. But it is there, and it’s an opportunity. We have more tools, more technology, more ability, and more conviction than ever before to get it done and it seems to be growing exponentially every year. I do believe it can happen, and together we can make it happen.’

Alexandra recently established Oceans2050 a foundation with the mission of mobilizing a global alliance to restore the abundance of our oceans by 2050, during the span of one human generation. She says,

‘What’s really important to remember is that oceans can be restored extraordinarily quickly, much faster than land. It’s an incredibly productive, rich environment.’

Oceans2050 will soon be kicking-off a regeneration movement, bringing people together to take real action and revive the oceans. Alexandra is committed to building on the Cousteau legacy and expanding the impact of her foundation.

‘If I were lucky enough to die in my bed, surrounded by the people I love, I think that world would be one where our children are able to know the world that my grandfather first explored. And I will work until I’m 100, to make it happen.’