Our Community’s Support for Dolphin Conservation 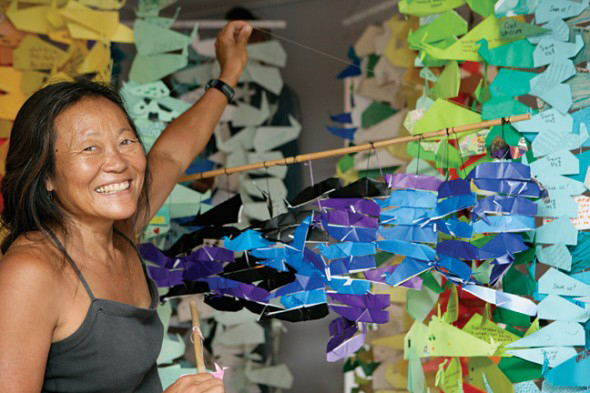 Green School’s Graduation speaker of 2020 was Peggy Oki, and despite not being able to connect ‘in person’ with the graduating class- she took time to immerse and connect and mentor students.

Peggy Oki spoke directly with our class about self care, absorbing in nature to help navigate through the challenges of not just the Global Pandemic but the racial violence and injustices that were happening across the world. Peggy spoke about focusing on solutions, being the change, and using positive action to make a difference rather than focusing on the injustices. Pak Sal also had the opportunity to interview Peggy.

Peggy is an activist, Ocean ambassador, skateboarding and surf legend (the only female in the Zboys skateboarding group), and amazing human being. According to Peggy’s bio, she has been mainly self-funding activities for Cetaceans (Whales and Dolphins) and strives to empower and raise awareness to help Cetaceans mainly through visual art projects throughout the world such as her Origami Whales Project (OWP) – a curtain of 38,000 origami whales and large-scale public art project aimed at drawing attention to the thousands of whales that had been killed since the 1986 ban on commercial whaling. 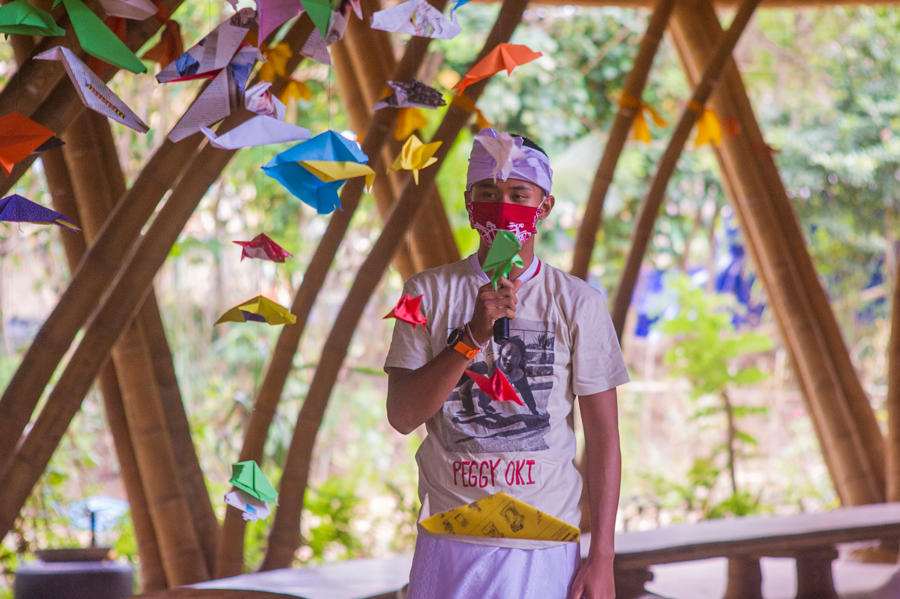 During the Green School Bali WOAH Festival (World Oceans Day Ambassador Hangout Festival) Peggy Oki invited all the Green School Bali community to participate in crafting a community art installation and Dolphin Origami Curtain to present to the Indonesian government. All classes engaged from Early Years to High School to help participate. Peggy’s helped create step-by-step instructional videos and origami dolphins were created by students and parents and delivered to school or sent as photos by those participating overseas.

How to make an origami dolphin with Peggy Oki

The curtain was then displayed in the Green School Bali Heart of School and unveiled during the WOAH festival on World Oceans Day and later presented at a ceremony in August 2020 presided over by Ibu Ika, President of Yayasan Kul Kul to the Head of Bali Natural Resources Conservation, Dr. R. Agus Budi Santosa on behalf of the school. 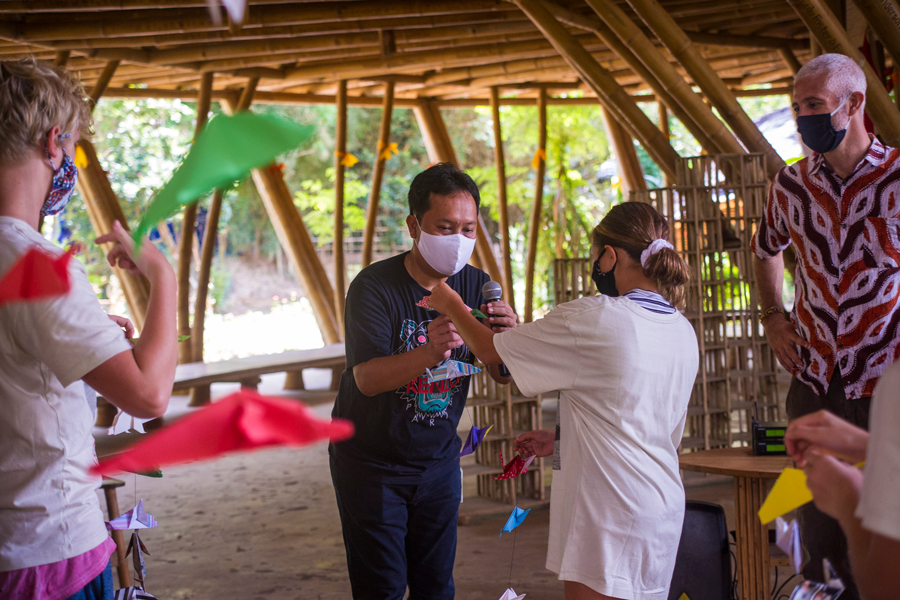 “There are so many things in the world that you can care about,” Peggy Oki said in her speech to the Class of 2020. “But you [Green School Bali students] all have the jeidi skills. The [Green School] IRESPECT values are so cool and will set you up in the world.”

Some final words for our graduates from Peggy: “As you go out into this world … nothing is written in stone, and this means that the option to change and the option of choice is there. You can choose to do things better for the world. Always activate to bring positive change in the world. Always follow your heart and find gratitude.” You can watch Peggy’s inspiring speech here and the whole graduation ceremony here.