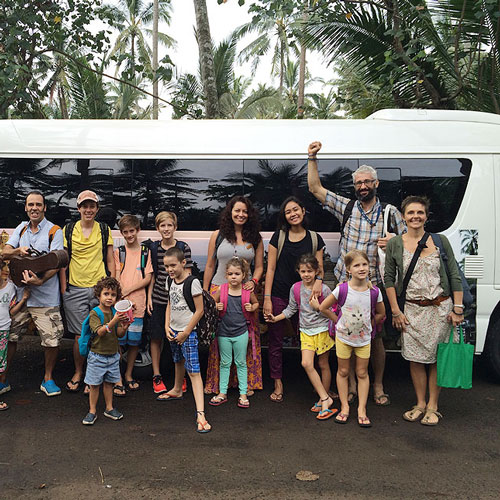 During the Jalan Jalan Wednesdays, grade 12 of 2014 gathered to discuss creative ways in which they could propose to change an element of Green School that had not yet reached its sustainable potential. Issues that quickly came up included our produce, our green policy and inevitably our transportation system.
Presently, we are responsible for producing nearly 200 tones of carbon dioxide a year by our current transportation system. The Bio Bus 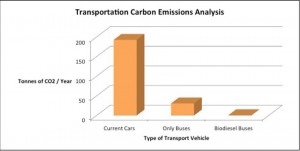 is an initiative for greener transportation in that it will reduce our carbon emissions by 75% if we were to cut the number of vehicles and run the minimum amount of vehicles on biodiesel. Middle school has done tremendous work by surveying and docu
menting our transportation flow. Here are our prospects:

Without Lengis Hijau, the only biodiesel plant in Bali with whom 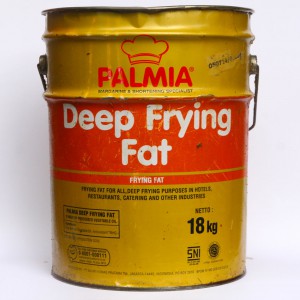 we are collaborating, our efforts wouldn’t have reached so far. Pak Magnus, a Green School parent and prominent team member was able to reach out to the biodiesel plant and schdule a class trip. The director of Lengis Hijau, Pak Endra Setyawan, was keen in supporting our venture and has since been processing the used oil we collect combined with their collection into biodiesel. “Yayasan Lengis Hijau will always give Green School their best support and services to enable the project to run well, inspiring other people to use Biodiesel for their cars and engines” – Pak Endra Setyawan. For a quick look at the process: 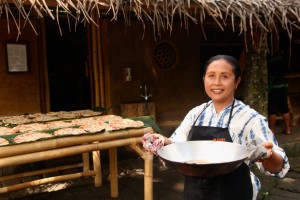 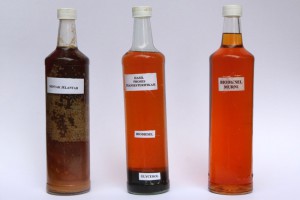 support this initiative by contributing to the collection of used cooking oil. The establishment of community collecting systems benefits the island and it’s locals as there is no systematic waste disposal system for cooking oil. It is either filled into canisters and disposed of together with solid waste, dumped into waste water or finds its way to middlemen in the black market.
In the black market waste oil is superficially cleaned and sold to small kitchens once again. This entails substantial health risks, especially for the urban poor. Although many hotels officially refuse this practice, it is often put up with due to the lack of alternatives. In addition to this health threat, the disposal of used cooking oil in such an unsustainable manner also results in the pollution of water bodies, freshwater resources and soil.
So far, the Bio Bus has successfully provide the community 3 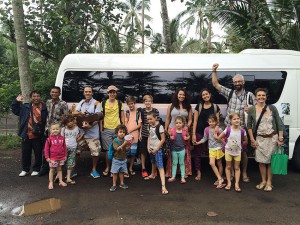 commute routes to and from Green School. Above is a picture of the maiden voyage. The feedback of the teachers and their kids has been encouraging, as one of the first commuters put it,