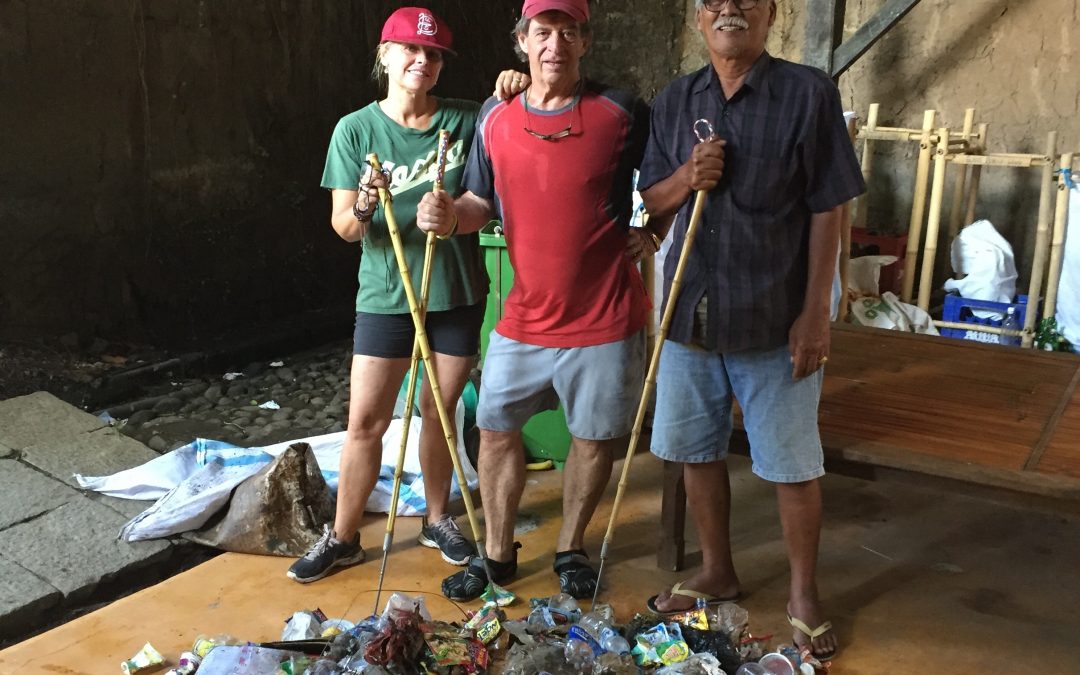 You never know what you are going to get with John Hardy. Many a time I have said yes to a bike ride or a walk or a breakfast and am somehow I’m still around for lunch. That is the wonderful thing about him. Time stands still when he is enjoying himself.

He is an enigmatic person though. Someone described spending time with him as like anticipating the weather. You can get a warm gentle breeze on a balmy evening or it can be a hurricane. Whatever the conditions, it is always a challenge and you leave his presence feeling fired up and ready to change the world.

With the advent of the new Bamboo News, a walk with Mr Hardy was in order. There was a lot to discuss so I had put aside the entire morning, just in case. The conversation was bristling from the outside. Matt Hager was accompanying us. Matt is a big wig in the world of Real Estate and has dedicated much time to Green School. He is a big one for “giving back”  and he shares John’s belief in the importance of volunteering.

But, when he took the bag meant for “The  Garbage,”  on this particular morning, none of us knew what giving up time for a good cause was going to mean – least of all Matt.

So we headed out with our bamboo spears (designed specifically for the purpose by Green School board member, Peter Barge) and the more we stabbed at the muck, the more our blood lust for trash rose within our veins.
5 km in, however, and the conversation was flowing less consistently from behind. We were doing a good job with our waste weapons and the sack was filling fast – and getting pretty heavy.
10km in, and it was like: “good job guys, but how the hell are we going to get this mother of a sack home again.”
But Matt took the burden well.  Turns out he is a man with a conscience.  Having worked in the world of luxury hotels he feels a certain responsibility for the affects of tourism on the environment: what is happening to Bali is breaking  his heart.
“Voluntering,” he says, “is like learning manners; your kids should be given no choice but to learn those skills.”

I asked John why it was he felt so duty bound to give back to the Balinese Community. He acknowledged founding Green School, and its role in educating its local scholars, was, indeed, a way of “giving back” to the culture whose craftsmen had been so instrumental in the success of his jewellry business.
His father had been a Lions Club Man, was big in the community, and didn’t miss a meeting in 25 years. The value of service had been in-bedded in John Hardy from an early age.
Thankfully, a passing motorbike came by as we walked back along the suback  to The Hardy Eco-Resort, Bambu Indah, and its Balinese driver offered to take Matt and the sack back to wherever it was we were headed. He was happy to play his part in helping us to clean up his rice fields.
Four hours later we breakfasted back at base, tipped the sack and tapped ourselves on the back.
“This is the most we’ve ever collected, ” said Green School’s Founder.
All in a day with John Hardy!
If you would like to volunteer your services, Green School’s Local Scholars Program is in need of your skills. Please contact emma.titley@greenschool.org.