Meaning Behind The Traditions 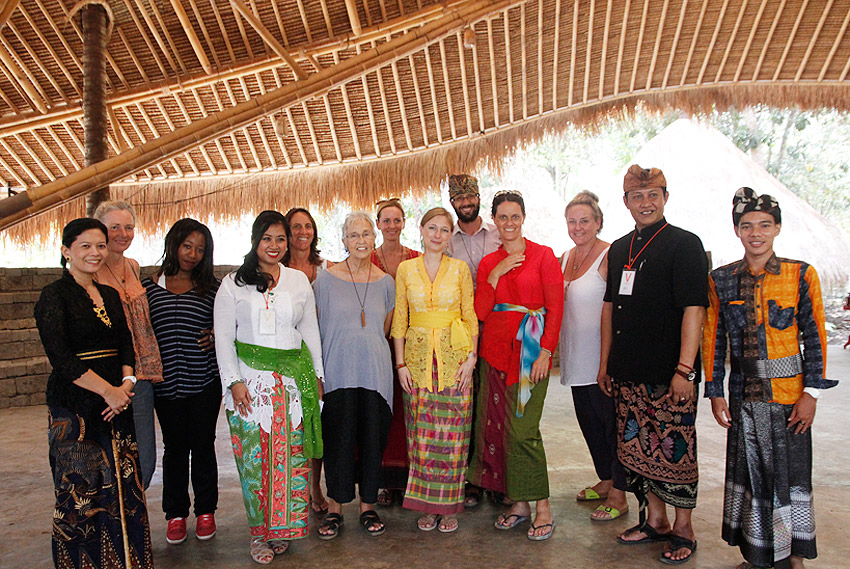 The president of Yayasan Kul-Kul, Ibu Ika, co-hosted a workshop for the community on how and what to wear for various Balinese ceremonies this month.

Pakaian Adat Bali or Traditional Balinese Costumes: what and how to wear for various ceremonies.

Clothes are an important part of the “human culture” and are manifestations of the individual as well as the nations. They have many attributes, showing value, colours, identity, and prestige as well as are a sign of dignity. Just the sight of the costumes is a way to help people to find their own individuality.

The philosophy of Balinese traditional clothes are basically rooted in the Hindu’s God philosophy, believed to provide shade, peace and happiness for Hindus who believe.

Balinese culture is basically the same, which is adherence to their God.

Nowadays, the era of globalization is affecting the way people dress in Bali. As a result, many aspects of traditional Balinese clothing (vinca-swastika) change. Today Hindus, especially the youth often do not following these traditions and sadly, rules and ethics of what/how to where for ceremonies are either not being taught or are not accepted as an important tradition to continue throughout the generations.

Ibu Ika cherishes the importance of passing on this sacred custom. She, as well as many others, are desperately trying to hold on to a heritage. Only by teaching and sharing with others this can happen.

The Concept of Traditional Balinese Clothing Human beings were born as saints. So logically, it would not be a problem to pray naked.

Then why should we dress up? Clothing was created with the aim to cover the body, and the clothes are important components of the ceremonies.

The basic concepts of traditional Balinese dress is the concept of vinca (swastika). The human body is divided into three so-called Tri Angga, consisting of:

”They are so passionate to pass on this beautiful tradition to the community and they are thankful to all parents who attended and donated to the Kul-Kul Connection fund.”

“It was such a beautiful & insightful workshop. I feel like with this new-found understanding, I am now respecting the local customs more deeply,” said one of participants.

Lasting about 1,5 hours, the workshop ended with a photo session of all participants wearing Balinese traditional clothes.