GETTING REAL WITH CONSERVATION 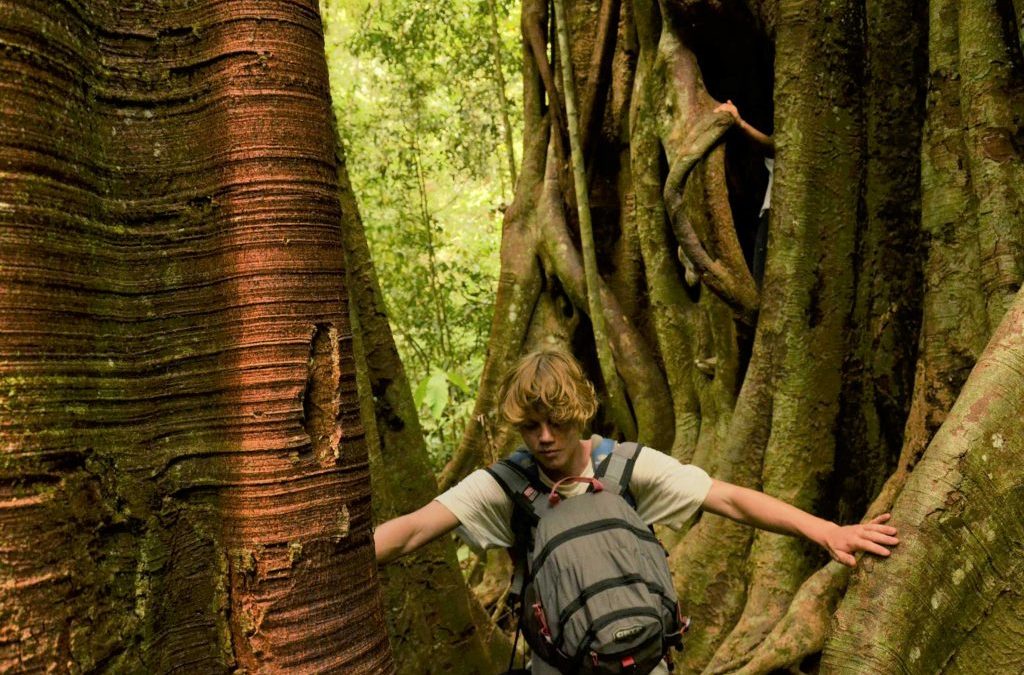 WHO ARE THEY? Formed on December 2015, Black Forest Green (BFG) is a group of Green School high school students, teachers, and volunteers focused on ending deforestation.

DEFORESTATION IN INDONESIA On November 2015, catastrophic forest fires happened in Kalimantan, Indonesia. These fires created a massive impact on global climate, as well as affecting more than half a million people locally from the hazardous haze. This has continued to be a concern for the Green School community, considering the Kalimantan forest fire is only one of the example of forest fires that happened across Indonesia in recent years. So the Black Forest Green team felt it was time to do something real to stop it.

OUR PLAN Black Forest Green started their charge to end deforestation by creating a green curriculum. The next step in the plan was to spread this curriculum in schools across Indonesia to raise awareness among the young generations. Through this program, BFG aimed to actively document stories on deforestation to inspire new generations to innovate for sustainable solutions.

However they realized it was important to first get themselves on the ground, to learn about forest conservation and all of the inspirational work already being done locally to protect this precious tropical peatland forests. The team, which included both Balinese students and members of Green School Green Generation, went to both Kalimantan and Sumatra on this exploration.

THE JOURNEY TO KALIMANTAN & SUMATRA

Onsite they met expert researchers at OuTrop and CIMTROP, two grass root organisations who have been dealing with the deforestation issue on both islands. The students trekked through the peat swamp to see orangutans in their natural habitat and learn more about the science of conservation work being done on the ground. They followed orangutans through the red peat waters as they swung from treetops and called out to one another. Every person in the group found the majesty of the forest and its entire cosystem to be truly amazing –  not to be forgotten.

Black Forest Green met many inspirational activists who were already working to protect the Kalimantan forests from threats such as forest fires caused by palm oil companies. The group also saw the efforts of firefighters during the devastation caused by the haze from last year.  They met inspirational youth from YOUTHACT and also Ranu Welum who are working to prevent the haze in coming years.  It was terribly moving to witness their passion to protect the forest and the people of Kalimantan from future devastation.  The other stops included Ransel Buku in Palangkaraya, an eco-library that carry backpacks with books from village to village, and an onsite opportunity to teach local children how to manage trash, recycling and re-using (such as making a bag from unused fabric).

At Green School, students are always challenged to learn by getting involved with real world problems and finding real, sustainable solutions.  We believe this trip is only the beginning for this team’s fight against deforestation. Stay tuned for updates from these eco-warriors!