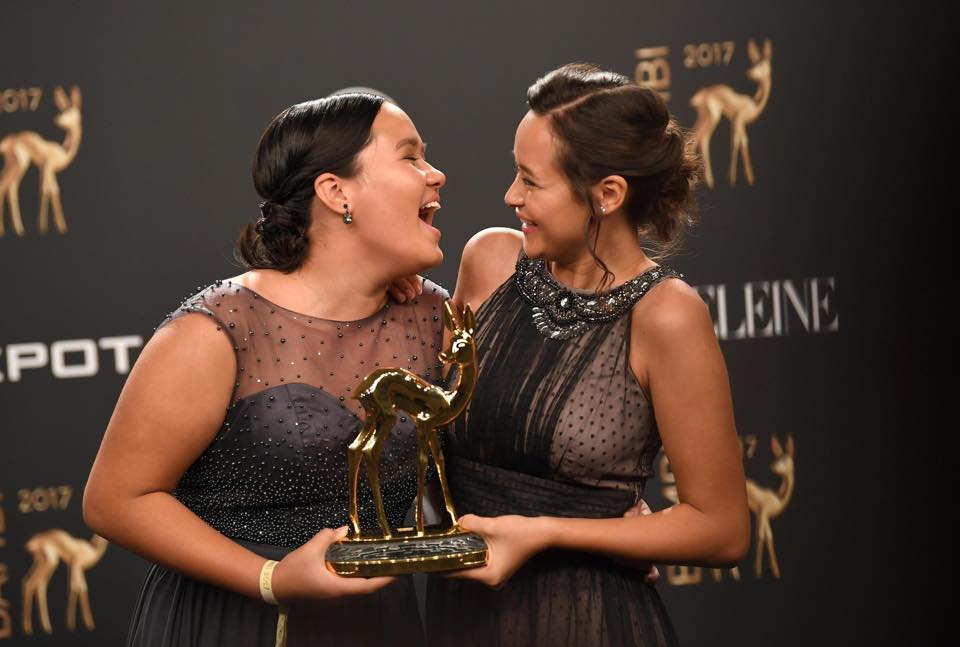 Green School students Melati and Isabel Wijsen – who have been attending Green School since day one – were recently awarded the Bambi Awards 2017 in Berlin, Germany. They received the ‘Award for Our Earth’ category at the Stage Theater on November 16, 2017.

Bambi Awards, a media recognition established in 1948, are given to celebrities and other extraordinary people from Germany and around the world, honoring their significant contribution to the public. The BAMBI media prize is awarded by Hubert Burda Media, one of Europe’s leading publishing houses.

Both high school students were recognized for their Bye Bye Plastic Bags (BBPB) initiative, a social movement to ban plastic bags in Bali since April 2013. Today, BBPB is a global movement with members in 15 countries.

Back in 2013, after attending a class in Green School about inspiring people like Nelson Mandela, Lady Diana, Mahatma Gandhi, the sisters thought, “What can we do as children living in Bali, what can we do NOW?” So, they came up with the initiative to ban plastic bags and make Bali plastic bag free in 2018.

The movement soon became popular and gain public attention. In 2015, they set up a One Island One Voice campaign to clean up the beach. By 2017, they have an estimated 12,000 people who actively came to the beach clean-up event and collected 40 tons of garbage across 55 locations around the island.

The sisters have received a long list of awards for their activism against plastic pollution, but the Bambi Awards was one of the most beautiful recognitions for their work with BBPB. They dedicated the award to youth all around the world working hard to protect the mother earth.

Both island girls were thrilled to share the same stage with renowned people who have made significant contributions to the world such as Arnold Schwarzenegger, Hugh Jackman, Jaochim Gauck,Tom Jones, Claudia Schiffer, Helen Fischer, and Ai Wei Wei.

Melati and Isabel Wijsen with all other public figures winning the Bambi Awards 2017.
Photo courtesy of Bye Bye Plastic Bags.

When the sisters started the movement five years ago, they never expected to be recognized by the same awards with the world’s distinguished personalities from previous years including Muhammad Ali, Bill Clinton, David Copperfield, Harrison Ford, Tom Hanks, Audrey Hepburn, Michael Jackson, Nelson Mandela, and many more.

Melati and Isabel show how education for sustainability and youth empowerment could lead to a global movement. Next year, Melati Wijsen will graduate from Green School, but she would have left her legacy in our bamboo school and will continue to inspire youth around the world to protect the earth for the future generations. As the Bye Bye Plastic Bags team say, “Youths might be only 25 percent of the world population, but we are 100 percent of the future.”