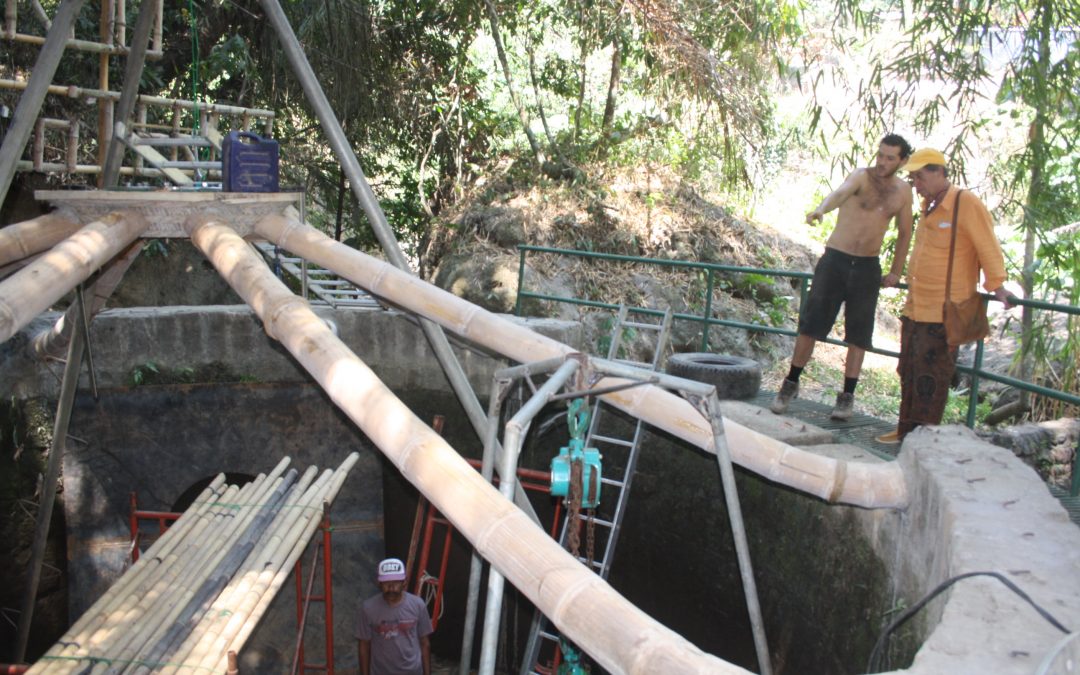 In his own words, The Vortex has been a “total failure.” And yet, any one who has ever been given the “Green School Tour” will tell you it is one of the projects that is closest to John Hardy’s heart.

So it is big news indeed that this month, literally, the final cog in the machine, is on its way from China. The hope is: any day now The Governor of Bali will pull the switch and take Green School off the grid!

Success will have been a long time coming for The Green School Vortex but it will be a symbolic moment in The Hardy Dream. When it comes to project-based learning, the lesson is about refinement and sticking to the game.

The Vortex has seen many iterations in its history. The Austrian German, Franz Zotloeterer, who designed it nearly “pulled the plug” but when Hardy promised to put his name in lights – actually, in lights above the swirling pit – he came through and managed to get the energy taken from the Ayung River to over 60 revs a minute.

The following years hold tales of withering local politics, temples falling into rivers as The Gods rejected the Bules mad scheme, permits and more permits to grant the river’s flow and new designs that would make its force worthwhile.

Funds materialised and trips to Italy to find new designers ensued and finally a turbine was produced to turn the man-made drain into a source that could be converted into watts; 12000watts to be precise.

The plan now is to combine the natural energy from The Vortex with the renewable energy that is already generated by the school’s solar panels.

Where Low Tech and High Tech Merge
The Next Educator Course: Education for Sustainability
For The Love Of Worms