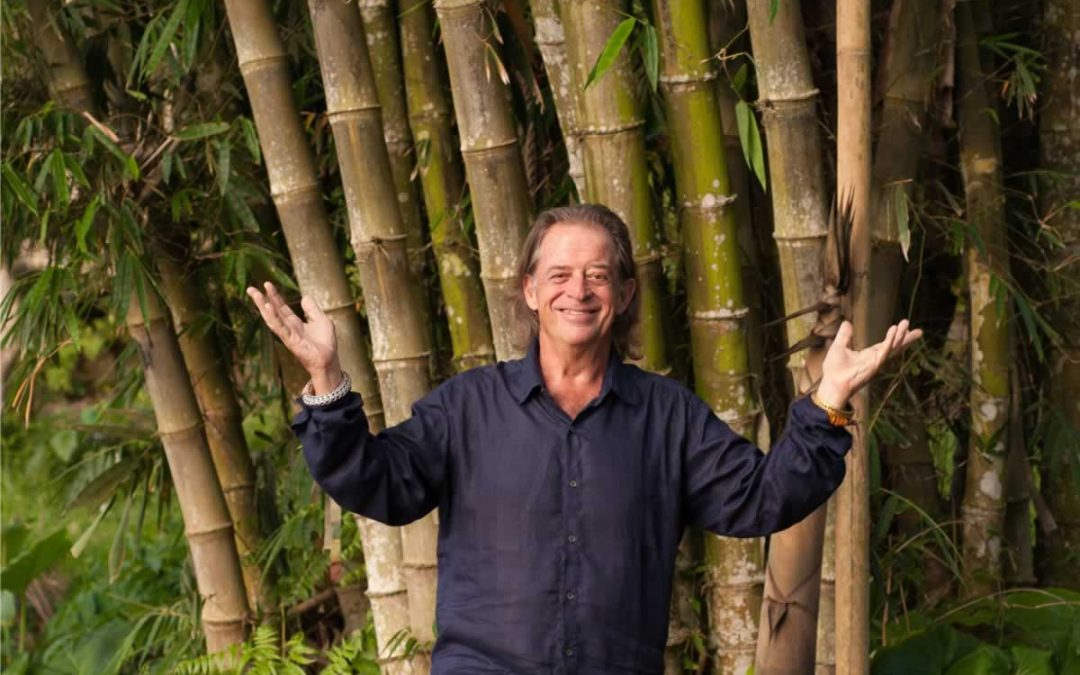 Some BIG NEWS is in the air and a STORY ABOUT EVOLUTION.

The BIG NEWS is that Elora Hardy is going to be speaking at TED2015 in Vancouver 16th – 20th March. It’s a big step for everyone, and as you remember my TED talk added super powers to Green School recruitment. I know Elora’s talk will add super powers to the bamboo revolution she’s leading.

I don’t know how many of you are aware of it but she’s taking bamboo technology using artisans that hasn’t been reached anywhere else in the world.

The STORY ABOUT EVOLUTION is this:

This is where I was 14 months ago.

And here I am today

It’s been a journey. It’s been about shedding 50 pounds and changing a lot of things in my life. It was led by a gentleman by the name of Dr. John Ratcliffe. He’s an amazing healer. Here is a link to his book called Low Carb Made Easy and Biting Through.

Recently, I’ve become an amour of Dr. Gundry, a good friend of mine who is leading a major hotel group. He went out to find which doctor is really leading health in the world. I think The Gundry story is very simple. He was one of the top surgeons on the planet. He could do things no one else could and it lead to putting down his knife. He is healing thousands of people around the world with a change in their diets. Heart disease, diabetes, who knows the cancer?

Sugar is killing us and we all know it. But, not only does Dr. Gundry give you the diet to lose the pounds, he gives you a diet to rebuild and to extend your life. I have just given it a very good friend of mine and he read it in 3 days. He’s totally converted. He looks terrific after 3 weeks on the diet. Watch his video and buy the book called Diet Evolution. It works for everybody. It’s the most powerful thing I’ve encountered recently.

THERE ARE A FEW SEATS ON THE MAGIC TRAIN TO MOGOK

Mogok is the valley of ruby and sapphire in northern Burma. We’re leaving Bangkok on May 4th, and will be back in Bangkok on May 14. We are being escorted by an amazing woman named, Miemie Tin Htut. Her great grandfather was the king of Mogok. You need a special permit to enter this area, it’s an amazing possibility. We’ll also be stopping at Inle Lake and travelling back through Rangoon.

Let me know if you want to go. This is a once in a life time possibility.