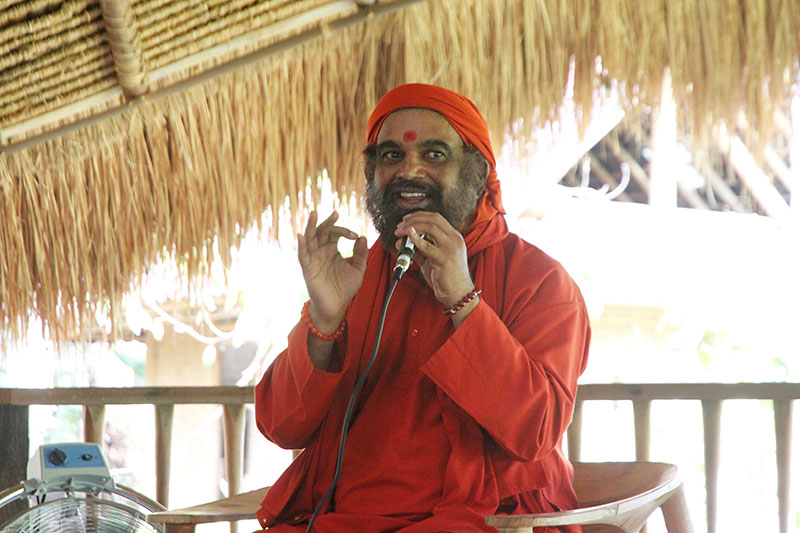 Incredible Start to the Workshops@GreenSchool Program

Zoltan Barath and Esther Wyso are two new Green School parents from diverse backgrounds who have come together to start of Workshops@GreenSchool. From Hungary and New Orleans, USA, respectively, they have tapped into Green School’s incredible ability to access people of differing interests and talent both from within, and outside of, the GS community.

Read about Esther’s motivation for starting the program and be amazed at the breadth of knowledge that past through our Bamboo Entrance since the last Bamboo News.

I grew up in a culturally rich and incredibly artistic diverse city, New Orleans.

My childhood & young adult years was filled with people of great talents. Story tellers, magicians, historians, writers, poets, tap dancers, mask makers, musicians, and live street performers. My life was dynamic and very interactive. Every person I came across growing up had a fascinating story to tell, a skill or an art to share. Being a “local New Orleanian,” I myself enjoyed participating in sharing my talents and skills too as a child. Juggling in festivals, dancing with marching bands & reading tarot cards for tourists. It was a natural part of my childhood to want to share and/or receive knowledge, passions, hobbies and interests among others.

As I grew older I understood that this is a healthy way for people create a sense of community, relationships as well expand their interests. I believe that our lives become that much richer when we have the chance to explore the special attributes and unique qualities of others.

Once part of the GS community, the idea to create workshops@greenschool came very natural to me. I wanted to find a way to make contact with so many creative, knowledgeable & inspiring individuals and give him/her an outlet to teach or share. It was obvious that there needed to be a framework/vehicle to allow different forms of self expression. In such a stimulating environment where the desire for learning is ever present, the possibilities are endless. Clearly the adults at the GS also want to learn and grow from their experience here as much as their children, if not more. That is why Workshops was created.

For the past 3 months we have had the opportunity to enjoy learning from some very unique individuals. We’ve had traditional balinese costume, reiki and bach flowers, life coaching to a better future, wisdom of parenting by a Swami from India, and the life of Martin Von Hildebrand, who has spent 25 yrs living in the Amazon. And, in the month of December, we have also had Peter barge speak about aquaponics.

Here are some perspectives on our speakers from those within the community.

From my perspective the Japanese author, Ayumu Takahashi, who came to our school and told us about the many books he had written, was very heart touching. And the fact that he wrote them all over the world was so interesting. He spoke to us through a translator. My favorite book of his is a love letter he wanted to write to his wife but, instead of doing it the old fashion way where you just write a letter on a piece of paper and give it to your wife, he decided to write a love letter book formation. I thought that was pretty spectacular.

Adrian Belic visited Green School and gave an inspiring talk to the Middle School students. He is a documentary director and filmmaker, working with his brother, Roko, to produce amazing documentaries. His filmmaking career started when he was 8, when he made a Pac-Man film with his brother and friend Christopher Nolan (Memento 2001) and Insomnia (2002)). He gave a brilliant anecdote from his early creations was when they covered a ping-pong table with flour to replicate a snowy world for a stop-motion Star Wars battle.

In college, Adrian travelled the world, shooting videos with various producers. He graduated from the University of California with a degree in Political Science. In 1995, he and Roko formed Wadi Rum Productions and filmed their first documentary, Genghis Blues. This feature chronicles the adventure of late blind blues legend Paul Pena as he goes to Tuva, Russia to discover the art of throat-singing, and participate in the national contest. From this point onwards, Adrian and Roko filmed many factual productions about people in unbelievable situations.

“For our documentaries, we find people in extraordinary situations, people you would never connect with, and connect you with them,” Adrian said in the talk. Other works co-directed by Adrian include Happy (2011), where they travelled to many different countries around the world, searching for the meaning of happiness, as well as Beyond the Call (2006),where three middle-aged friends go to Afghanistan, delivering humanitarian aid to the front lines of war. Adrian spends most of his time travelling the world, so “the world is my home,” stated Adrian in the Q&A after the talk. He has a home of sorts in California, but the world is his main home.

Adrian does not have any children, “my films are my children,” he proudly answers. The country Adrian most wants to go to is North Korea, because “the political system, everything, is so different from what we usually experience,” he said.We all wish Adrian good luck with any projects in the future, and we hope to have him back to speak again!

Swami Purnamritananda Puri talks about the Parent-Child Relationship & Instilling Lifelong Values: The Role of Leadership in Nurturing a Spiritually-Minded and Sustainable Future

Swami Purnamritananda is a senior sannyasi disciple of Mata Amritanandamayi Devi (also known as ‘Amma’ or ‘The Hugging Saint’). Offered practical advice about the importance of meditation throughout childhood and adult life, as well as a discussion with parents on how to properly guide children through life’s many challenges.

Along with his insights into the importance of spiritual practices, Swamiji has an academic background in the sciences and has played the harmonium for Amma’s bhajans for a number of years. This accomplished flautist and sweet tempered man has endeared many all over the world. It is a special treat to have Swami return again to the Green school to offer his time to share wisdom about the beauty of our relationships with our children, families and the world around us.

Swami is an engineer by training, accomplished flautist whose early experiences with Amma have been compiled into the best-selling ashram publication ‘Unforgettable Memories’ – a sweet temperament and simplicity have endeared him to many all over the world, both children and adults alike.

A workshop by Swami Purnamritananda Puri, one of the senior members of Amma’s organization. Click here for more info.

See separate story in Bamboo News by our Brazillian boarding master, Eduardo Petta, on his perception of Martin Von Hildebrand’s influence on our community.

45 years living with Indians in the Amazon: What builds strength within a Community?A presentation by Martin Von Hildebrand, founder of Gaia Amazons.

Ayurveda is a holistic system of medicine that has been practiced in India for over 5000 years.

Ayurveda sees each individual as a unique combination of the 5 elements – ether, air, water, fire and earth – through understanding our connectedness to nature. These elements come together in different ways to form different body types, personality traits, and tendencies for specific diseases.

Adam discussed how to understand your constitution, and how this information can help you find your unique state of balanced health.We will also cover the topic of using food as “medicine,” as well how to improve digestion and increase immunity through simple Ayurvedic recipes and remedies.

Adam Baktai was raised in a monastery in Mayapur, India, where he became an expert of the traditional Vedic sciences, including Ayurvedic medicine and yoga. He taught in the school of the monastery for 7 years, and was Head of School for 3 years. He was sanctified as a Hindu priest in 1995.

Aquaponics is a food production system that combines conventional aquaculture(raising of fish) with hydroponics (cultivating edible plants in water) by Green School board member and parent, Peter Barge.

Aquaponics is a food production system that combines conventional aquaculture (raising of fish) with hydroponics (cultivating edible plants in water) in a symbiotic environment.

The concept has been around since the Aztecs and Incas in the 14th and 15th century AD. Floating islands absorbing nutrients from fish ponds. Modern aquaponics has taken the science to a whole new level.

”You can grow 50kg of fish and hundreds of kilograms of vegetables in 6 months in an area the size of a 8×4 car port and this system requires no bending, no weeding, no fertilizer and only uses about the same amount of power as it takes to run a couple of light globes. Oh, and it only uses a 10th of the water needed to grow the same amount of vegetables traditionally in soil.

Plants need CO2, Water and Light. Fish need clean oxygenated rich water, a conducive water temperature and food. Put the two together and they create what each other needs – the nitrogen cycle.

The nitrogen cycle process is the engine of an aquaponics system. A balanced aquaponics system has all of the different nitrates and oxygen being produced at natural levels as well as acid and alkali in check.

The vegie bed should be above the fish tank so gravity can feed the clean water back to the fish. In the school’s system, Peter uses the robust Telarpia fish. The fish can only be feed as much as the grow beds can process. We will be feeding our fish worms, crickets, ant eggs, maggots, banana stems and greens all of which the kids will grow.

Plants grow faster in aquaponics as nutrient and water is always available when the plant wants it. Give it a go, says Peter, even on a small scale.

The conservation and protection of the Bali Starling will benefit the life of many other bird species. When the environment is a safe place, species will naturally breed thus regenerating and re-populating areas that may have been lost to wildlife-trappers.

Many species, in our new world with only small patches of forests remaining, will adapt to living in our gardens and parks so our responsibility right now is to give them a helping hand by providing a safe and suitable habitat.

The joy of waking up to songs of wild birds in the morning is a promising start of a good day.

Mehud gave his presentation and followed it up in the Green School “Bird Park”.

Karl is a sustainability consultant specializing in planning, strategy and green building design & construction. He led the green agenda for the UK’s most sustainable public building, Brent Civic Centre. Working with Hopkins Architects and Skanska contractors the team achieved a number of awards and accolades. Karl was nominated as one of UK Building magazine’s Top 50 Brightest Talent in Sustainability, 2014.

Karl is passionate about climate change and believes a fragile and sick climate will undermine all systems we rely on.

His presentation provided an insight into climate change, its impacts around the world gave insight into the current ‘Reality‘ including a new hope for solving the climate crisis.