Raising Children of The World 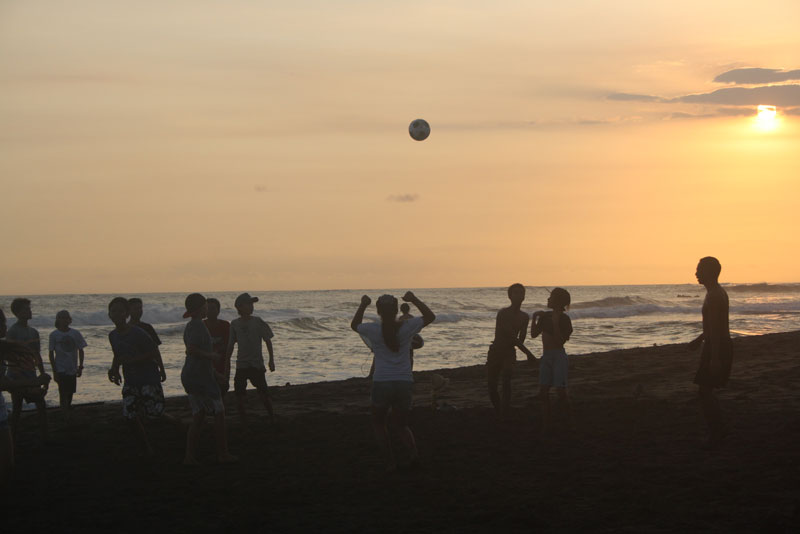 What it is to be a child growing up in a multi-national environment?

Our Monday morning parent sessions closed the year with the discussion of… what constitutes normal for a child growing up in an expat environment, within an international school, born to foreign parents, living in a multi-national community?

All agreed, the decisions that parents have to make when bringing their children to live in Bali, present many and varied challenges. There was a certain consciousness required to take on an expat life and deal with the consequences of moving a family away from its initial starting point. How do you support your child in this peripatetic lifestyle? After all, their coping mechanisms and social and neurological needs, very often, can be very different from yours.

Dutch, Japanese, Australian, Singaporean, Danish, American, Canadian, African, Balinese and Arab parents were all represented in the discussion. Despite the various inherent cultures in the group, all had a surprising amount in common.

One of the mothers who conceived the Monday gatherings, Tatjana, is a German woman who has lived in America, married a Japanese man and is now living in Bali. She says her children hanker for Japan because of their happy early childhood memories.

Joyti, is Dutch and married to Australian, Vismai. Their two children are unsure of where to call home. One child is more adaptable than the other.

Terry has one daughter in Denmark and one on Bali. She and her husband come from Spain, Germany, Egypt and Greece, collectively, but their business is in Indonesia. Their focus is to educate their children to have choices wherever they might end up in the world.

Michaela is also from Holland but has lived in the UK and Africa. She still feels very Dutch but her children, not so. Home for them is where their school is.

Between Pauline and her husband they are Japanese, African and Portuguese but the nature of his work has seen them live all over the world. Paris, for them, is home because that is where the children were born.

Audrey is a lecturer on Middle Eastern Studies and, along with Tatjana, is one of the women behind the Monday morning gatherings. She is from Berkeley, California, was married to an Arab, has two grown daughters living abroad and a son at Green School. She describes her family as “exotic Americans who belong to the world”.

In contrast to the western contingent was Balinese father, Tree, who has children at the school,in addition to his daughter who graduated last year and left Bali to study at Quest University in British Columbia, Canada.

Tree painted a picture of the cultural obligations of a Balinese family. Most Balinese never leave the Banjar, but, if they do, the expectation is your roots remain with the community. There should always be a family member to represent you. All the ceremonies ensure you remain down to earth and connected.

“If you do not belong to a Banjar, it is very embarrassing and isolating. You are a Mr Nobody and, nobody likes a Mr Nobody.”

Tree loves the cross cultural learning at Green School which allows students to pay deep attention to subjects beyond the text books.

The head of the meeting, for this session, returned to Bali with her daughter, who is in grade 10, after a stint in India. For her, home can be a place, a group of people, a feeling or all three. She remembers the plane landing in Denpasar and just exhaling with a deep sense of relaxation.

“It was almost a cellular thing,” she said.

“I remember thinking, oh my God, I can stop pretending I’m someone else,” she told the group.

It was agreed that being part of a community that offered support, a sense of belonging and safety was key for both the children and the parents. All left the session grateful for the fact they were part of the group.

The idea behind the morning sessions came about because, “the kids have so much fun learning at Green School, we figured, why don’t we?” says Tatjana.

We wanted an open forum where everybody interested in sharing their knowledge or expertise could do so.

Audrey’s first session dealt with the Arab world, the Middle East and the wider world of Islam.

There are so many contradicting viewpoints about Islam, Muslim and Arabs. Audrey taught about the geographic area of the Middle East and how it constitutes not just Arabs, who represent 1/5th of the world’s Muslims, but Persians, Turks and Israelis. Not all Arabs, however, are Muslim and there are many connections between the three major monotheistic faiths of Judaism, Islam and Christianity.

Tatjana’s second session drew on her 8 years in Japan and focused on the wonderful story telling at the centre of Japanese history and culture, including their cinema and anime by Hayao Miyasaki.